rusticdog wrote:When I saw the magnitude and depth I was a bit worried....highlights how living on good bits of rock really helps

I don't think bedrock close to the surface is generally a good thing with earthquakes. The shocks travel fast and far and tend to have much sharper accelerations.

rusticdog wrote:If the aftershock patterns are the same then it can be expected to have another high 4 to low 5 quake sometime in the next 12 months, with a bunch of 2-3s as well.....not nice especially as it's an area not prone to quakes that are often felt.

In this area of few quakes, I suspect the aftershock pattern will be different from what you'd expect in earthquake country. I live in California, 5 miles from the San Andreas fault, where it's difficult to tell aftershocks from the general tremor background. Here, nobody notices a 4, and a 5+ does little damage - you have to get into the 6+ range before there's any comment. Except from the news media, who have to turn anything into a story... But in the northern and eastern part of the US where glaciers scraped down to bedrock the little ones are more noticeable. When I lived in Chicago, I was told that the area was classified seismically active, but earthquakes were so rare nobody had ever experienced one. Because of the shallow bedrock, it was expected that even a small quake could do a lot of damage.
Bill Walton
Top

Although they are indeed rare, the most active zone for quakes east of the Rocky Mtns. has historically been the New Madrid Fault Zone in and around NE Arkansas to S Illinois.

The last time it really went off (although there have been a slew of minor shimmies all through the years) was back in 1811-12 and rocked & rolled with an estimated magnitude up to 8+: New Madrid Seismic Zone

There was also another quake in 1886 in the Charleston SC area that was estimated to be in the 6.6->7.3 range: 1886 Charleston Earthquake

There are now reports of cracks in the Washington monument and damage at the National Cathedral in Washington, D.C.
A geologist from the quake area basically said that there really isn't enough data for the area to be able to make any reasonable prediction about future events.
I am not a Firetrust employee. Just a MW User & Volunteer BETA Tester.
Remember "FREEDOM IS NEVER FREE" U.S.N.
DT W7 64 HP SP1 16GB Ram - LT W7 32 HP SP1 4GB Ram - iPad4 64 GB Ram WiFi/Cellular IOS 9.3 Beta 3
Top

Watching the news here one would have say that there clearly was a significant amount of real fear in the general public.

First thing a lot of them did was vacate their buildings and go out into the streets.

As I remember from my days in San Francisco that is likely one of the worst things you can do. An old timer in the pizza shop where we were at the time told to stay where we were inside because of the problem of the windows popping out of their frames in the high rises plus the falling debris.
I am not a Firetrust employee. Just a MW User & Volunteer BETA Tester.
Remember "FREEDOM IS NEVER FREE" U.S.N.
DT W7 64 HP SP1 16GB Ram - LT W7 32 HP SP1 4GB Ram - iPad4 64 GB Ram WiFi/Cellular IOS 9.3 Beta 3
Top

There's a slideshow of the damage to the national cathedral:
http://www.dcquake.nationalcathedral.org/#

One of the pinnacles seems to have wobbled sideways like an unbalanced washing machine. Things could have been much worse if it had actually toppled.
Top

AlphaCentauri wrote:One of the pinnacles seems to have wobbled sideways like an unbalanced washing machine. Things could have been much worse if it had actually toppled.

It was the girlfriends dog, she'd had him for the full 10 years, I just tagged along these last 3, so she's doing it tough. Though we'll no doubt get another dog, the girlfriend did the website for a local rehoming agency http://www.dogwatch.co.nz and often keeps in touch, I think taking on an abandoned dog rather than going pure-breed this time around would be good. 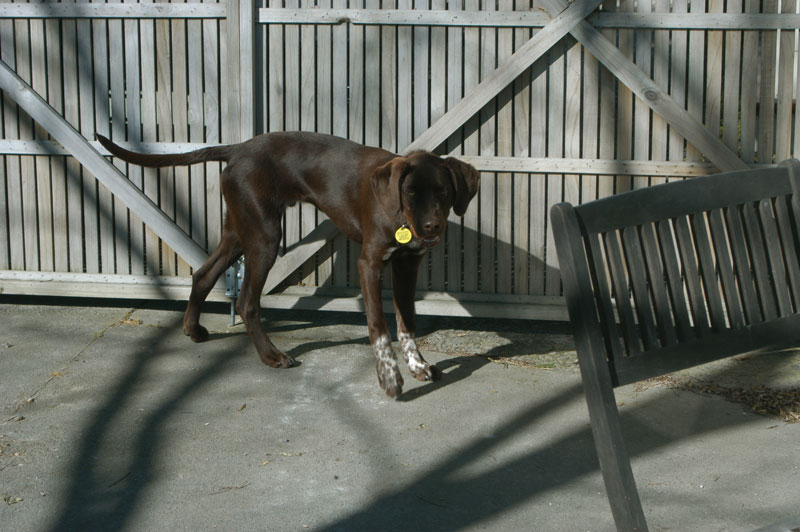 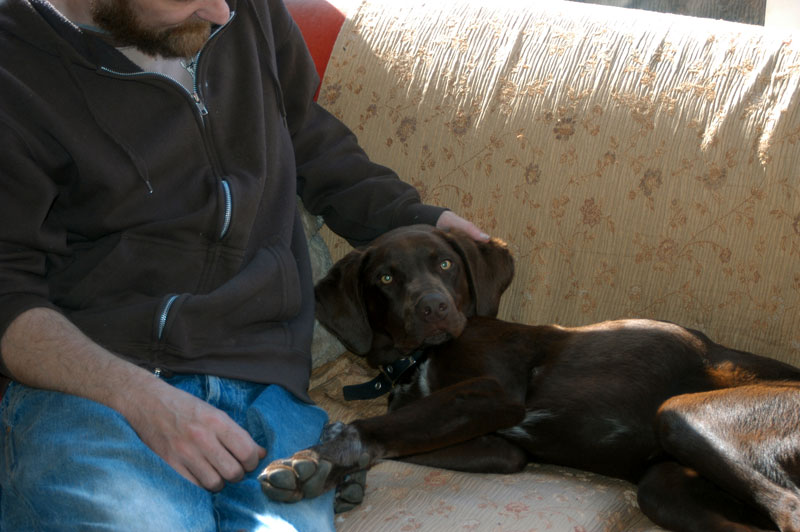 That's a mighty energetic young chap by the looks of him... I'm sure he'll keep you and your fair lady in good shape!!

stan_qaz wrote:That tail looks like it will clean off a coffee table with one swipe. Cute pooch.

Since there's no debating which gear the pooch himself has engaged (Ahem, overdrive is standard), it all depends on the gear ratio that was installed (in the tail rotor mechanism, that is) when he was pro-created. Stand Clear During Run-up!!!!!!

Well, he's quite a destroyer of toys...


Ordered some new toys that hopefully last a bit longer.....rather that than he take to my shoes which I've caught him with twice now.
Top

These might work, they really helped our last dog.

He's swallowing what he's chewing up, so not sure rawhide is going to be the best. He's got a couple of hard rubber toys that he's not getting through, so we've got some softer (supposedly) rugged chew toys coming and will see how they last. Pointers are pretty renowned for their chewing in early years apparently....not sure what he's crossed with, but the Pointer is strong in him it seems

Plus we can now add Fat Boys old bed mattress to the list of 'things I love to chew through'.
Top

Find yourselves an old-fashioned butcher shop that will save the bones for you. I used to get WHOLE Beef Femurs (Femur Knuckles work great too if the Butcher cuts them up sometimes) from my butcher shop for my German Shepherd when he was a pup.
Bottom line ..... Pretty soon he had it figured out what was OK to chew (i.e. ... On the menu) and what wasn't.

And the other advantage is that the bones will help keep his teeth clean and in good dental shape.

The Kobe earthquake was caused by Mortha trying to escape from a lava pool while the Sichuan one was caused by a clutch of dragon eggs hatching and that got out of the control of the Imperial Dragon Master.
I am not a Firetrust employee just a MW user.
--
First rule of computer consulting: Sell a customer a Linux computer and you'll eat for a day,
sell a customer a Windows computer and you'll eat for a lifetime.
Top
Post Reply
284 posts