Please help, I'm confused as to whether HideAway is working correctly, or that I am not setting it correctly despite reading the Manual and help topics.

Why is there so much non-HideAway traffic showing as happening, when the only rule I have current is to direct ALL internet traffic through Sydney and encrypted? 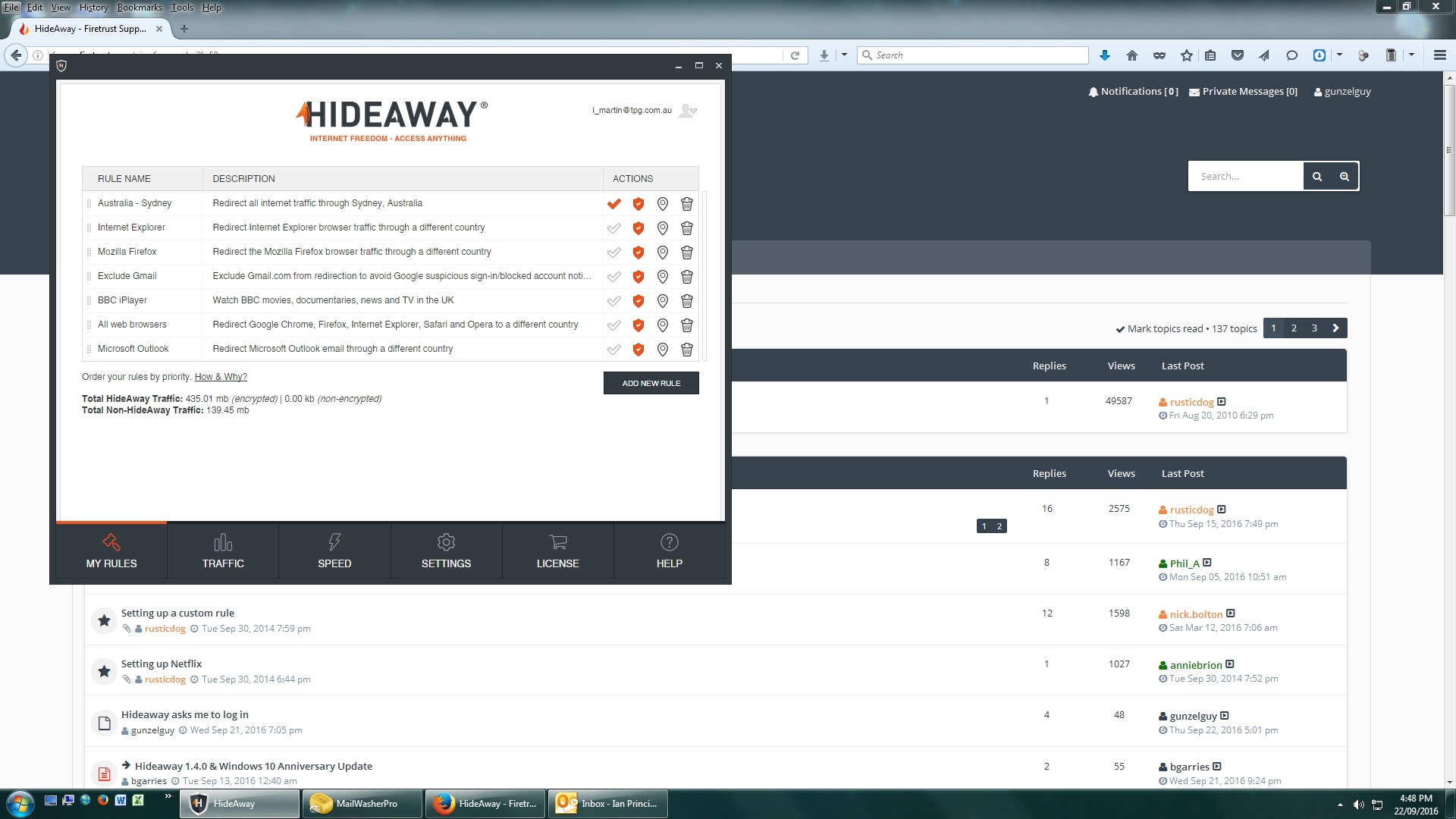 Can you post a sceenshot of what shows under the Traffic screen, you should be able to scroll to the non-HA traffic.
Top

Hi again. When I started the computer today, HideAway appeared to be functioning normally with all internet traffic being redirected.
Within a short time however, HideAway paused on the computer and told me that I had logged on to another computer.
The attachment HideAway paused.jpg is no longer available
I do not have HideAway installed on any other computer, and was not using another computer at the time!
Once I had indicated that this was the Master and resumed HideAway, I found again that therewas as much non HideAway traffic as there was through HideAway, and this continued even though HideAway was resumed.

Below are screen shots of both the HideAway and non HideAway traffic as requested. 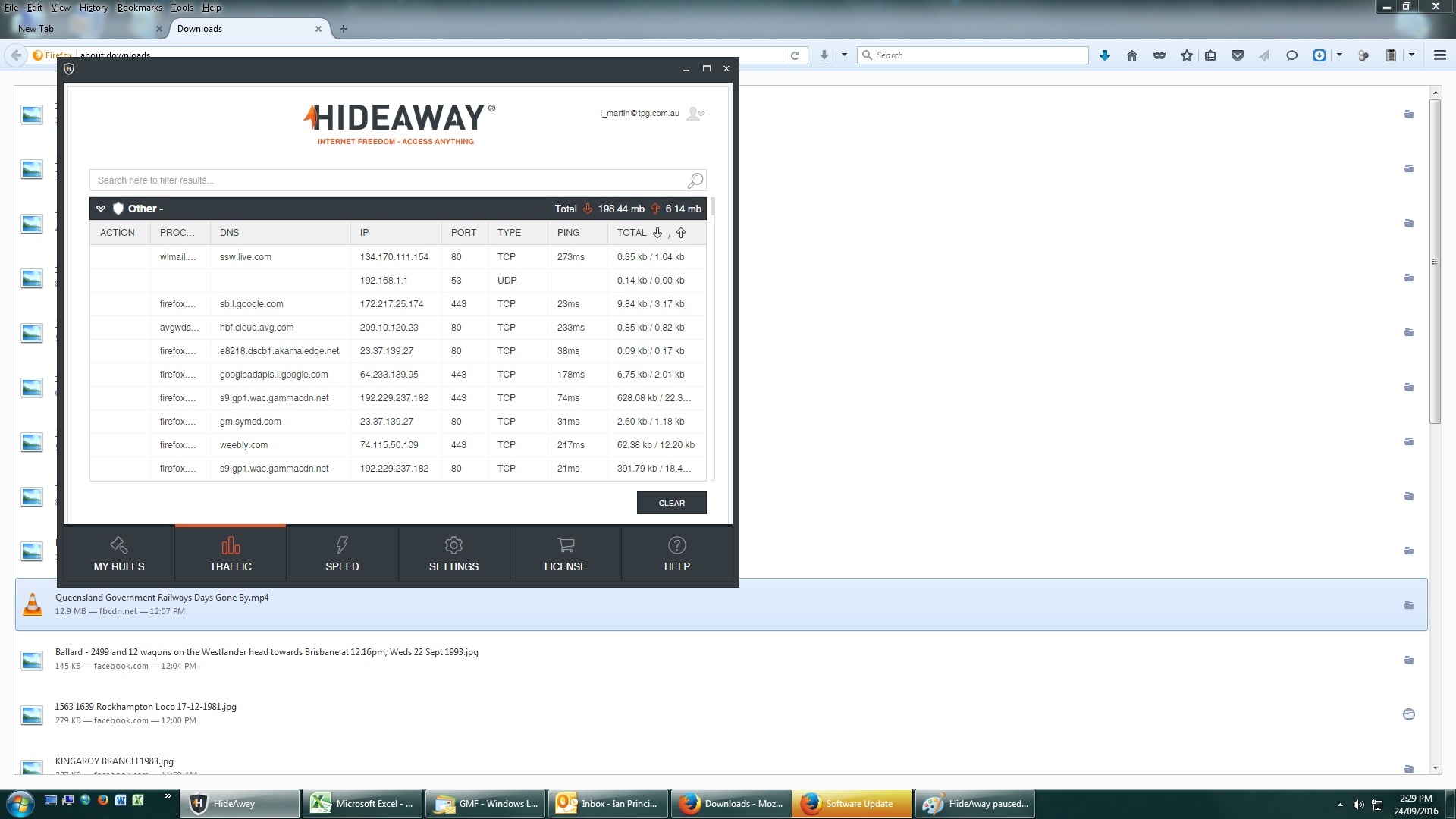 This is now becoming so confusing and unreliable that I am considering uninstalling HideAway! 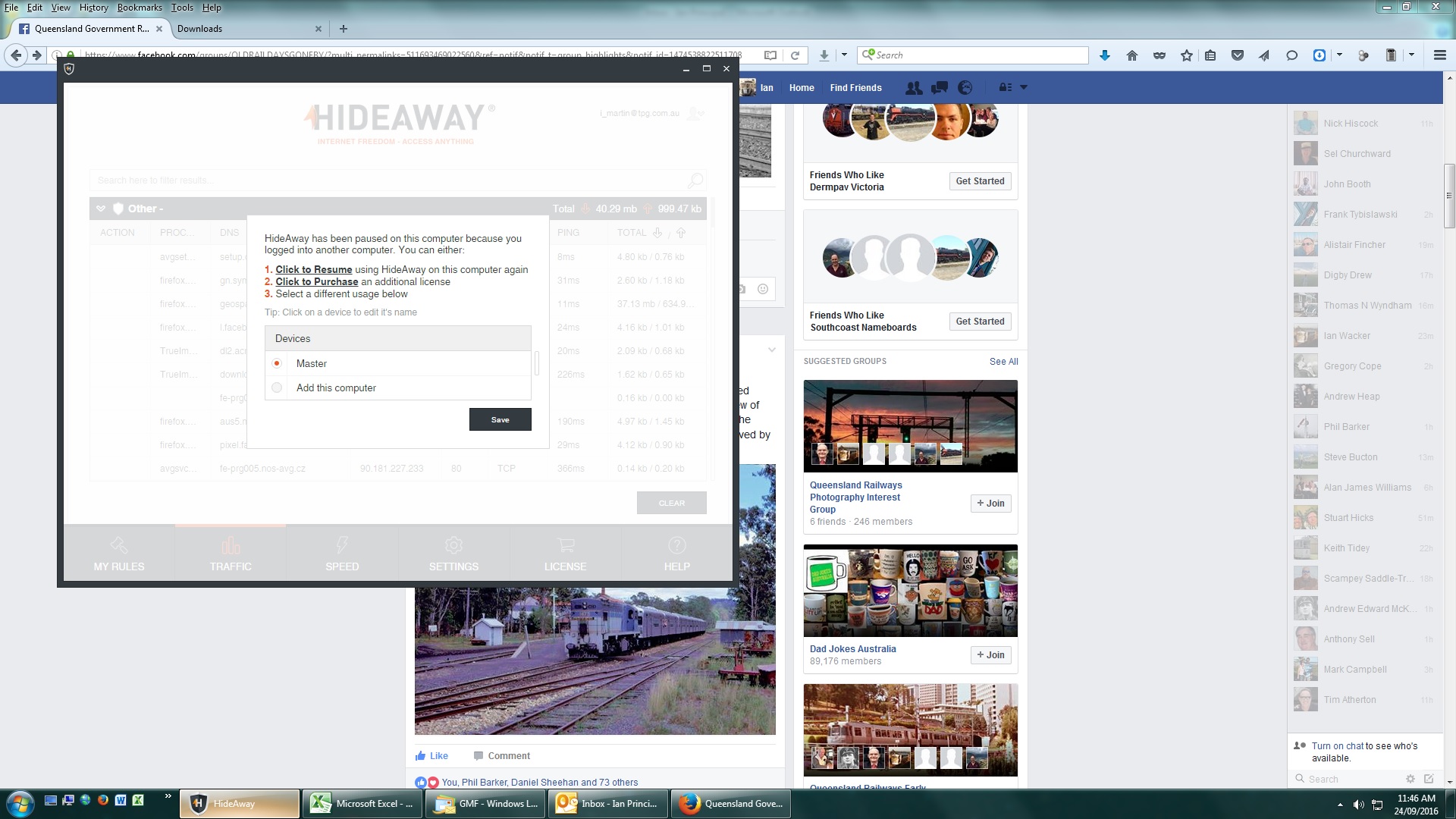 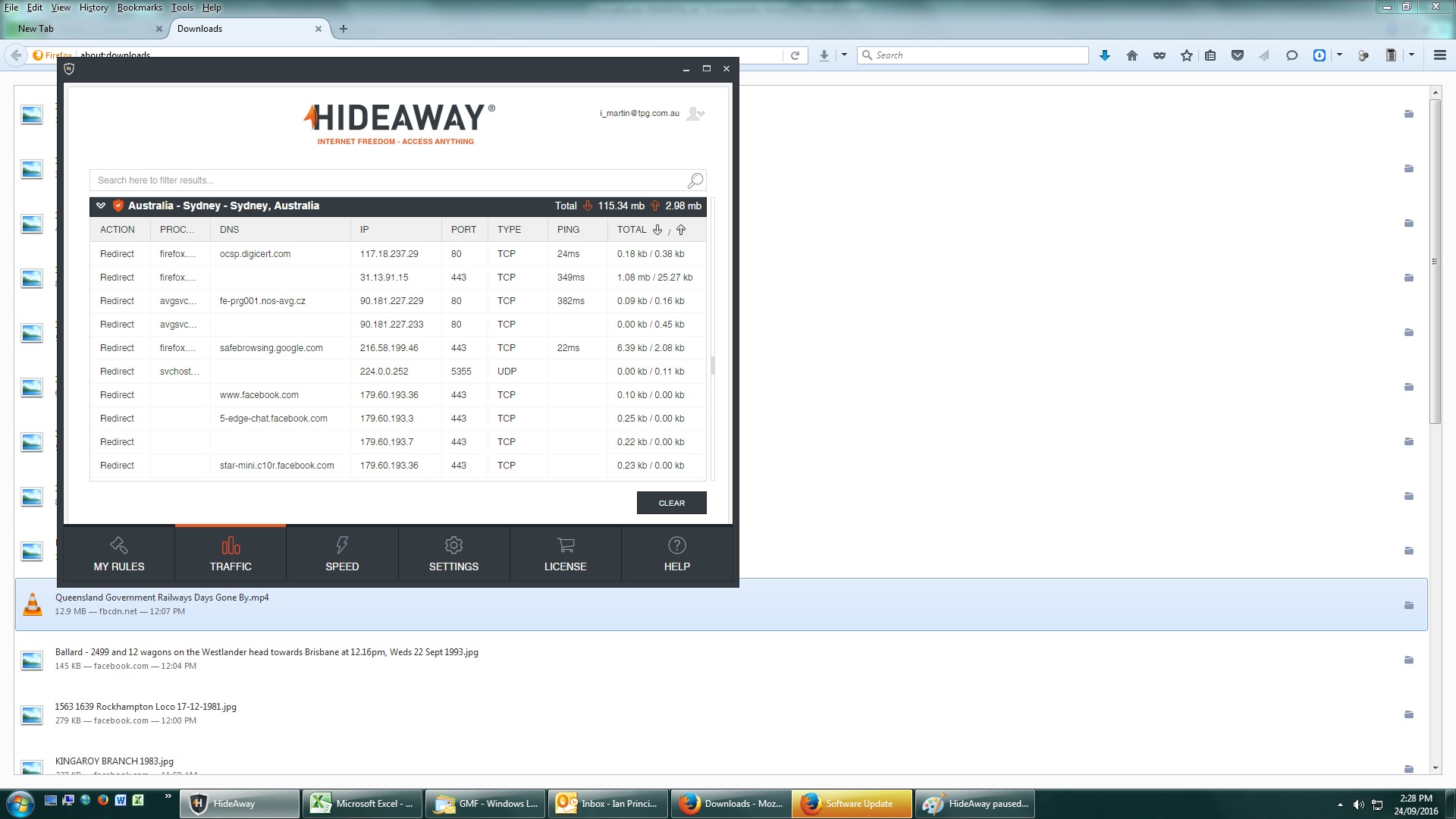 Here are the attachments which did not appear in the response!

OK great, so if HideAway is thinking it's already in use with that license and pauses, then that would certainly explain the non-HideAway traffic numbers being what they are.